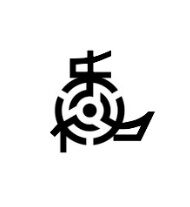 "The Jedi, have failed. What possessed them to let such rampant evil take over the galaxy, I do not know. I do know however, that they cannot be depended on; too rapt into their own meditations, they are unable to see the suffering of the people of the galaxy. And, should they ever rise up, they are cut down by the Sith, leaving them scattered and weak. They have even gone as far as to pervert their own philosophy, spouting that they cannot fight, because it is their duty to keep the peace. Peace?! What Peace! They look at the paltry few planets they own, and think they have made a difference! Wake up Jedi! The meager systems you control is not the galaxy! A few million peaceful people, compared to the hundred millions that are still under Sith rule!? To quote the Jedi Knight, Ylenic It'kla: "If beings are capable of protecting others but refuse to take action to preserve their own sense of peace, they are being selfish. They place themselves and their sense of peace over the peace of others, and so they defend a philosophy instead of lives. In this way, they fail everyone. This is where their choice is evil." and, again, in the words of Jedi Master, Mace Windu himself! "Jedi do not fight for peace. That's only a slogan, and is as misleading as slogans always are. Jedi fight for civilization, because only civilization creates peace. We fight for justice because justice is the fundamental bedrock of civilization: an unjust civilization is built upon sand. It does not long survive a storm." Where is the justice in women being raped by Sith, Jedi? Where is the civilization on those outer worlds, like Kashyyk, where the Wookies are enslaved anew? There is none. And thus, there is no peace. The Jedi, have failed.....which is why we cannot depend on them.....which is why we, ourselves, must take up arms against them. Strength through unity! Unity through strength! Together, alone, we can be killed, but together, strong and united, we, can, be, free! For the common welfare of the peoples of the galaxy, I Valor Altus, petition for the creation of this "Systems Commonwealth", in order to bring about the renewed stability of the galaxy. We, must fill the Jedi's place as peace keepers. And so we will."

- Valor Altus, founder of the Systems Commonwealth of Free Peoples.

Retrieved from "https://jvs.fandom.com/wiki/Systems_Commonwealth?oldid=26048"
Community content is available under CC-BY-SA unless otherwise noted.